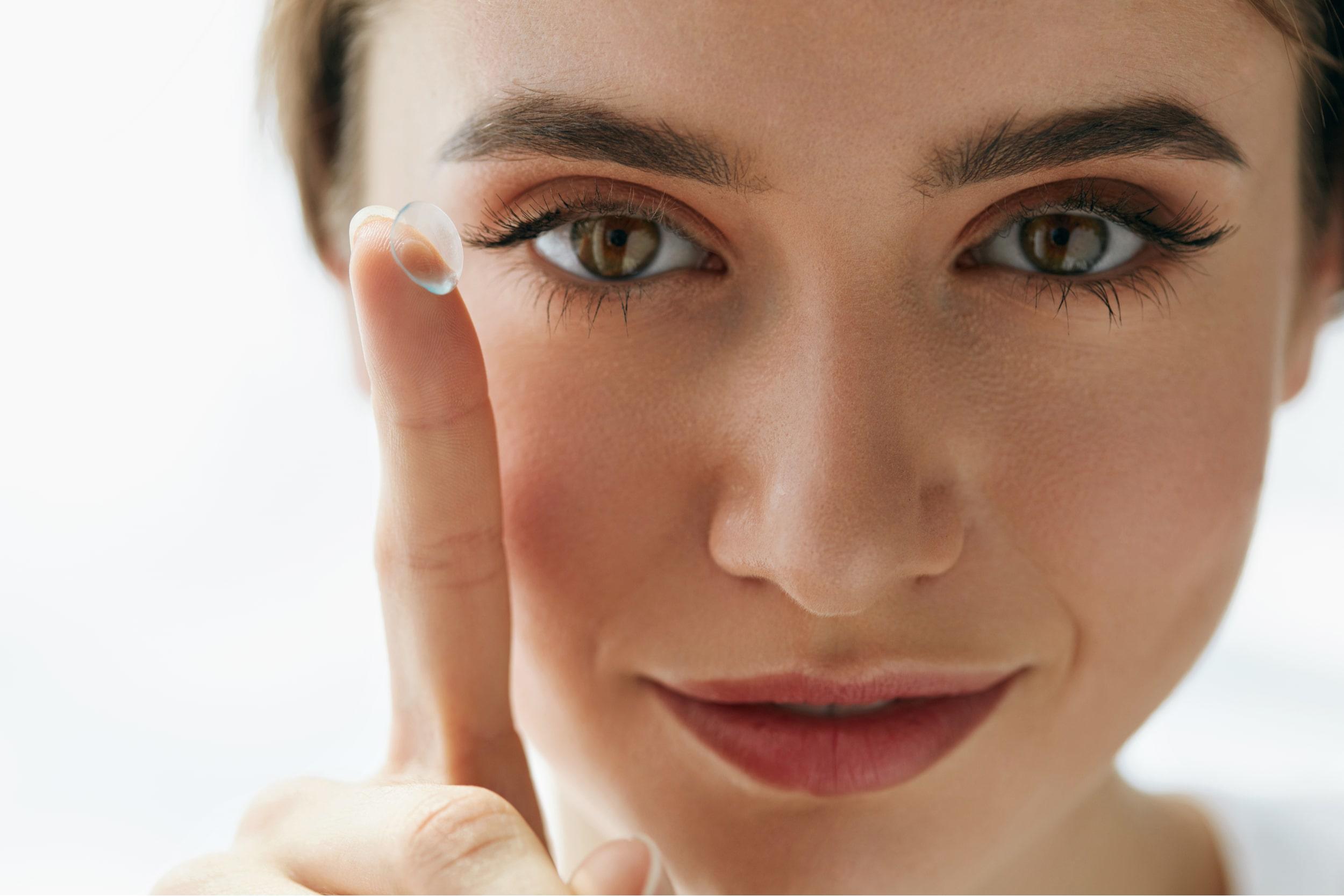 Since the dawn of time, humans have relied on sight to guide our daily lives, whether it be driving down a highway or reading the fine lines of a school textbook. Though previous centuries offered little remedy for individuals born with poor eyesight, modern advancements in medical technology have made clear vision a reality for millions.

Of these, prescription glasses and contact lenses are by far the most popular option, enabling users to fully enjoy their vision with something as simple as plastic and glass lenses. In this article, we’ll walk through the history of contact lenses, from early inception to modern improvements.

Contrary to popular belief, the idea behind contact lenses is quite old, dating as far back as 1508 (that’s over 500 years ago!). Don’t forget; the first corrective glasses are predicted to have been invented somewhere between 1268 and 1300 — just a few hundred years prior to contact lenses.

The concept for contacts was popularized in Leonardo da Vinci’s “Codex of the eye, Manual D,” in which he detailed an idea for vision correction using a contact lens and water combination. Unfortunately, his methods were quite impractical, and society wouldn’t see real-life execution for some time. 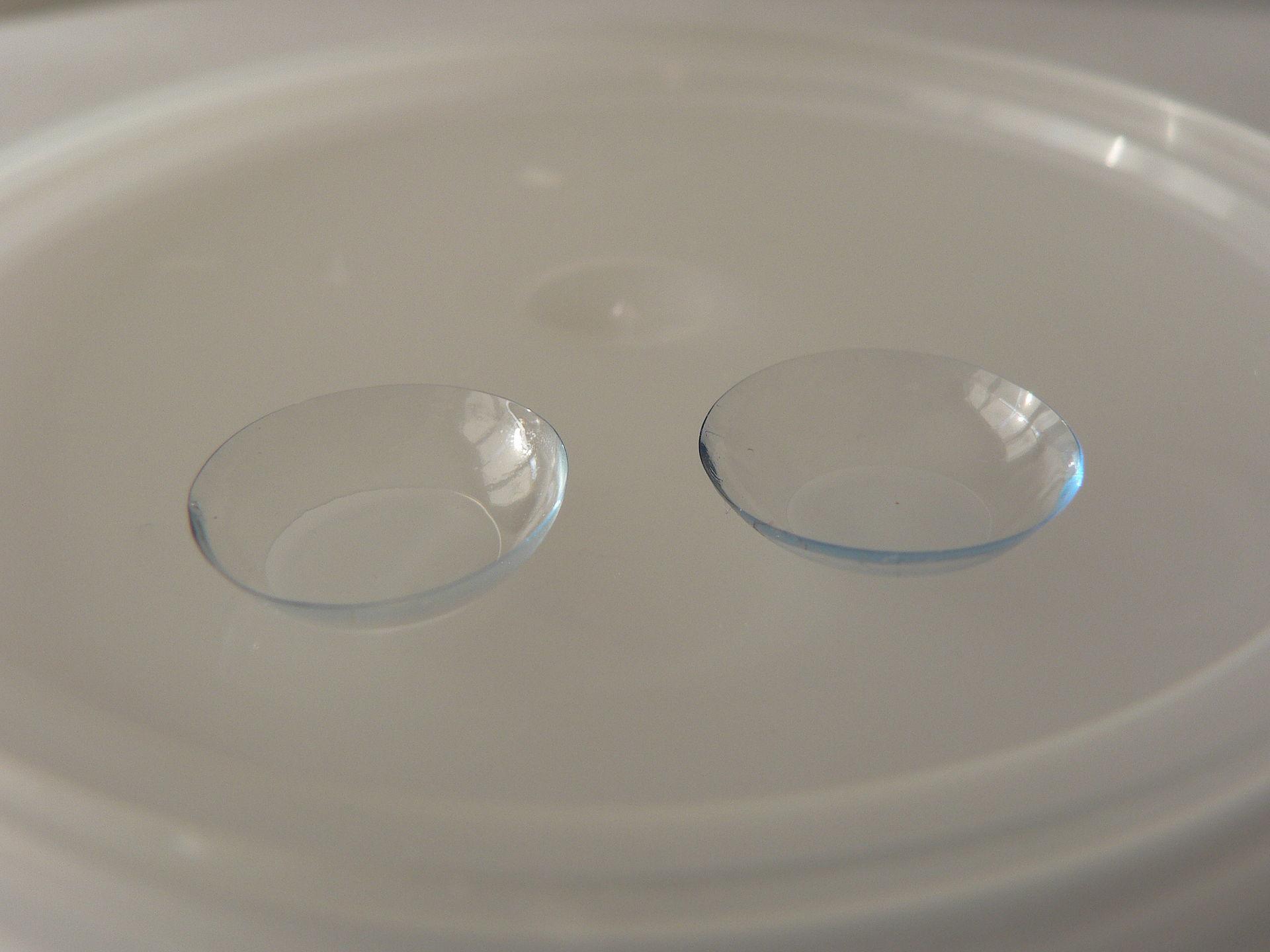 In 1636, French-born scientist René Descartes proposed a new idea for the contact lens. His approach involved filling a glass tube with liquid, which would then be placed directly onto a patient’s cornea to correct their vision.

Theoretically, this idea worked somewhat well. In reality, it was a dud: After all, the patient couldn’t blink their eyes at all!

Another two centuries would pass with no improvements to Descartes’ idea, leaving those with impaired vision to rely on nothing else but prescription glasses to fix their eyesight. Finally, in 1887, a German glassblower named F. E. Muller made the first real improvement in eye care: a glass lens that could actually be worn over the eye.

German ophthalmologist Adolf Gaston Eugen Fick improved upon Muller’s invention a year later, creating lenses with heavy blown glass measuring around 18-21mm in diameter. Fick also used a dextrose solution (one of the earliest contact solutions, if you will) during his testing to prevent irritation.

This was a success, for certain, except for the fact that they weren’t very comfortable. The lenses were crafted out of thick glass, subsequently preventing the eye’s ability to absorb oxygen. As such, users could only wear them for a short time before needing to remove them.

The 20th century could very well be one of the most productive periods to date, yielding dozens of outstanding inventions still in use today. From nuclear power to the television to the airplane, we have no shortage of reasons to thank those great minds behind the products we see in stores — glasses and contact lenses included.

So, what exactly does the 20th century have to do with contacts? One thing: Plastic!

At this time, scientists were working hard at improving the concepts developed by Da Vinci and Fick, though these lenses were still being made out of plastic and glass combinations, which were impractical in the long run. Then, a short while after World War II, the first plastic-only corneal lenses were released to the public.

The benefits were irresistible; they were far more comfortable than previous prototypes, portable and wearable for up to 16 hours a day. As such, they were a hit for those seeking an upgrade from conventional prescription glasses from the 1950s to the ‘70s.

And then there were the dreaded side-effects. See, these contacts were comfortable, but — much like Fick’s version — they blocked the eye from absorbing oxygen. Over time, this oxygen deprivation could make the vision problems users already experienced even worse. 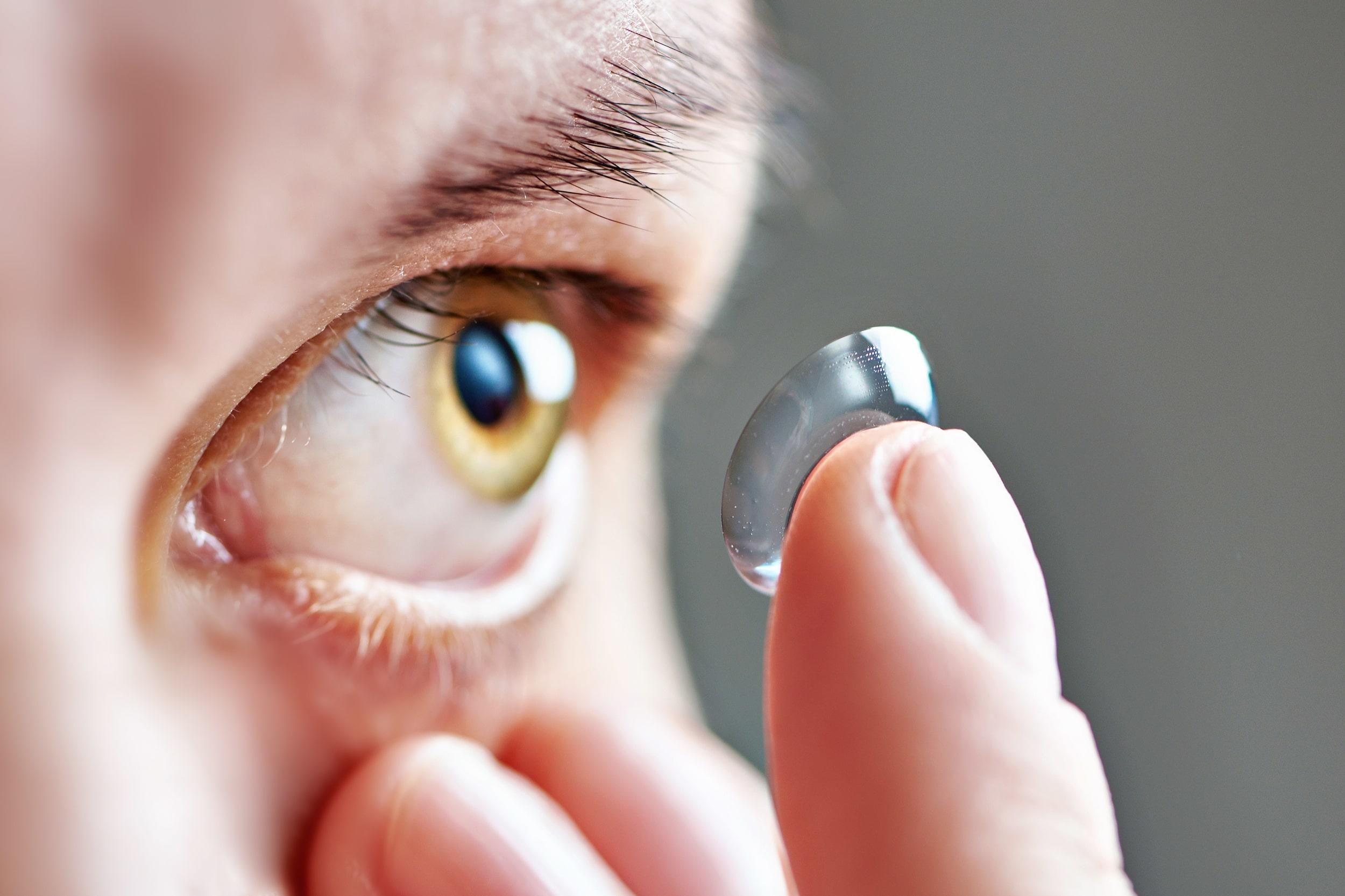 Fortunately, this is not where the story ends. As always, the minds behind contact lens production never stopped thinking of new improvements and adjustments that could perfect contacts once and for all.

In the late 1970s, the dream finally became a reality. Users were now offered oxygen-permeable contact lenses, reducing the dangers that previous versions presented. That is not all, however, as other types of contacts also began hitting the market.

Overall, contact lenses experienced a long, windy road up to the point where they are at now. Knowing the full history behind this essential invention, maybe you’ll have a little more appreciation for the contacts and glasses you use every day!